Predictive processing and a worm in my egg

Ever wondered what might be happening in your brain if you find a worm in an egg?

1. A Basic Overview of Predictive Processing

The human brain is a prediction machine. It receives input from our various senses and matches that input against its own predictions. The predictions are constantly being adjusted and refined depending on how well they match the sensory input.

This process happens over multiple layers of the brain. It consists of two streams: bottom-up (sensory data) and top-down (predictions).

The bottom-up stream, at the very lowest level, is all the raw data that we get from our senses - light, noise etc. As it moves up the layers it is transformed into things we recognise, for example edges are formed and these edges become solid objects.

The top-down stream consists of our heuristics and priors about the world. That metal box rolling quickly across the road is probably a car. That rumbling noise coming from an overcast sky is probably thunder. These priors are what shape our predictions about what is going to happen next in any given scenario.

The top-down stream works in the opposite direction to the bottom-up stream, so as the process continues down through the layers, lower-level predictions are continually generated. How does the thing we think we're seeing affect everything else around us?

An important part of predictive processing is the probability estimates which both streams contain. How likely is it that the thing we are predicting is true?

The two streams continually interface with each other at every level, receiving predictions from the level above and sense data from the level below.

Each level tries its best to integrate this data, with the aim being for everything to match up with the predictions being made.

Should everything match up nicely then all is well and we won't notice any of this going on. There will be no need to involve any higher levels because the lower-level predictions matched the sensory data well enough.

But what if the sensory data is trying to tell us something we weren't expecting?

Higher-level predictions are now required. Your brain is in a state of surprise. It does not like surprise. It needs to find a way of reconciling the discrepancy between what the sense data are saying and what it is predicting.

This is where the probability estimates are important, because they allow the brain to zero in on which layer of the process is most likely to be wrong.

Is there a high chance that your eyes are deceiving you and there is actually no worm?

Might it just be some other part of the egg which on this one occasion resembles a worm? That's a possibility, given that you've cracked hundres of eggs in the past and none of them has been harbouring a worm.

It's worth noting at this point that a lot of predictive processing has already gone on just to get to this point. More than I could even begin to fit in this post. Your brain has already reconciled that it was indeed an egg you cracked; that the worm wasn't in the bowl before you cracked the egg into it; that this isn't the work of someone trying to deliberately infect you with a parasite (although perhaps not such a taken-for-granted prediction if you're schizophrenic).

So you look more carefully. Your brain is now calling on a huge number of other predictions to try and rectify this state of surprise. What does a worm look like? What would a worm look like if it was floating in the white of an egg?

Your attention is fully-focused on trying to ascertain whether this is actually a worm in an egg.

Because your brain is trying its hardest to reconcile the current surprise, other, less 'important' information is largely ignored, or more accurately, dealt with in the background. As long as everything else matches predictions at a lower level than where the worm dilemma currently sits, you won't notice it. However, should something else not match predictions e.g. you smell smoke and feel intense heat from behind you, the worm becomes unimportant because the smoke and heat surprise has been unable to be reconciled, and it is now at a higher level than the worm.

Assuming there is no fire behind you, the worm continues to receive most of your attention. On second, third and fourth inspection, it still very much looks like a worm in an egg. Your brain is still struggling to come up with a plausible explanation of how a 2-inch worm could end up in an egg, but there are enough higher-level priors for it to know that it's not impossible. Your senses have come back with the same data many times now, so their probability rating has increased. You know (as best you can) that you are not prone to imagining worms in foodstuffs.

Given that a complete resolution has not yet been reached, your brain is still in a state of surprise. The issue has already travelled up a number of layers, but with each layer the level of surprise has diminished because the prediction is a closer match to the sensory data. The situation hasn't called into question any predictions at the highest levels: The worm is not talking, so there must still be some order in the universe.

Eventually (although in reality after only a few seconds) the situation will have reached a layer in the process at which the sense data and the predictions basically match.

You have now come to the understanding that you can actually find a worm in an egg. Your predictions are now altered to reflect this new understanding. If, in six months, you crack another egg and find another worm, the surprise will not be so great because that prediction will now be found at a lower level than it was previously. Less contradiction between sense data and predictions equals less surprise.

What's remarkable, if the predictive processing model is to be believed, is that these calculations are going on constantly, several times a second, and we're largely unaware of them. It potentially plays a role in every aspect of our existence.

For more information on predictive processing, see Scott Alexander's review of the book Surfing Uncertainty, from which my post was informed. I think it's a fascinating topic, and one I'm sure I'll revisit in future posts.

In case you were wondering... Yes. I did find a worm in an egg. 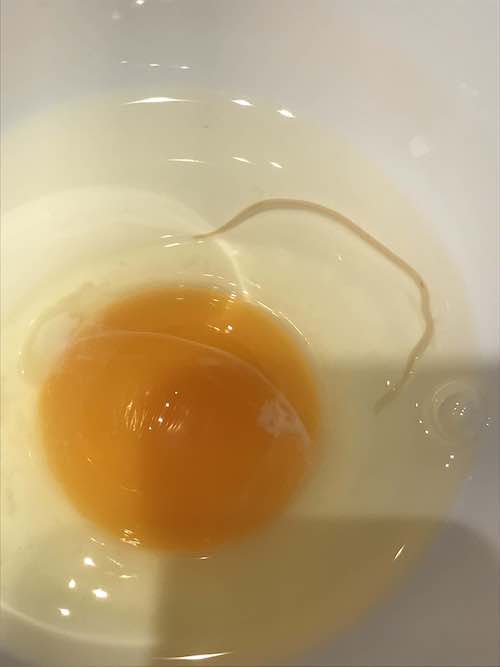 Spark is one idea, once a week, emailed to you.